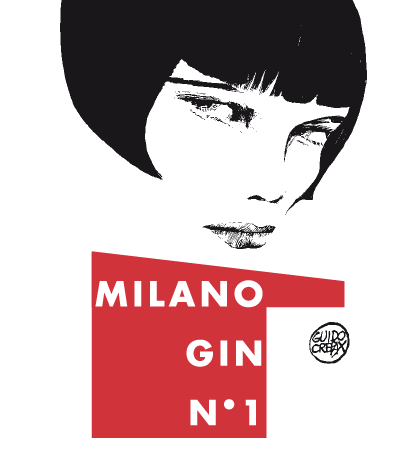 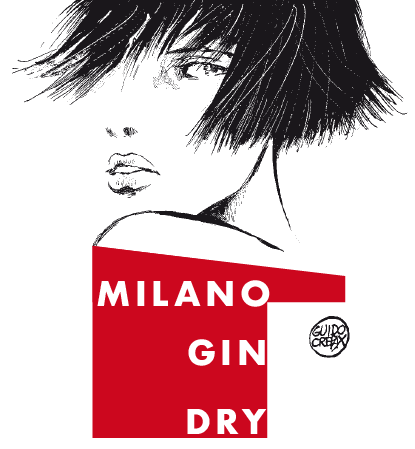 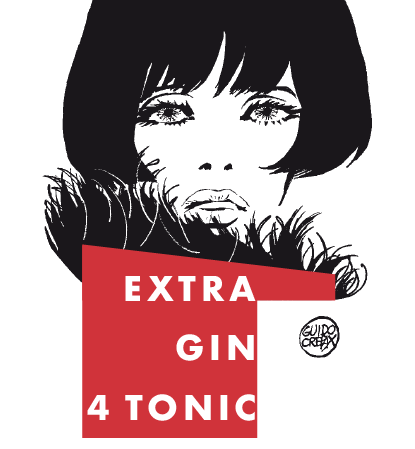 When Alberto and the Crepax heirs called me to tell me their idea, it was a late afternoon at the end of June, one of those extremely muggy das you can only bear knowing there's a delicious fresh gin and tonic waiting for you... I remember that phone call, so polite and concise, more like a dream than a job request: "... we would like you to make three versions of gin, not just dedicated to Valentina, but which you think Valentina would have loved to sip in the evenings, alone or in company". Three gins that each had three very specific characteristics: very high-quality products, original botanicals, and a flavour that is anything but the expected. Basically, the character of Valentina encapsulated in a gin! Exactly twelve months to make everything, and, for a change, three botanicals to complement the juniper. While I had no doubts about the type of juniper berries to make the alcohol with, the real challenge was to find botanicals that were both original and unconventional. A choice that turned out to be as simple as it was natural, at least for me, as I had read and dreamed about almost all the adventures of the Milanese photographer as a boy: hawthorn to remind you of Christmas, her birthday on 25th December, 1942; oak and laurel leaves, whose fronds adorn the white shield with a red cross, symbol of Milan, her city; and finally to round it out, a few botanicals measured in grams, to reproduce our protagonist's character in all its facets. Then, exactly one year later, late one afternoon of a less muggy June, the result of the tasting that saw us all gathered around a table: three gins that brought Valentina's spirit to life in all respects. 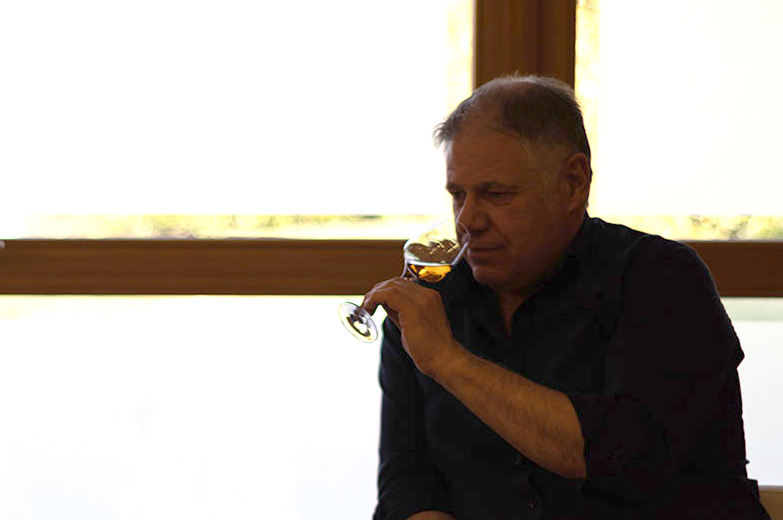 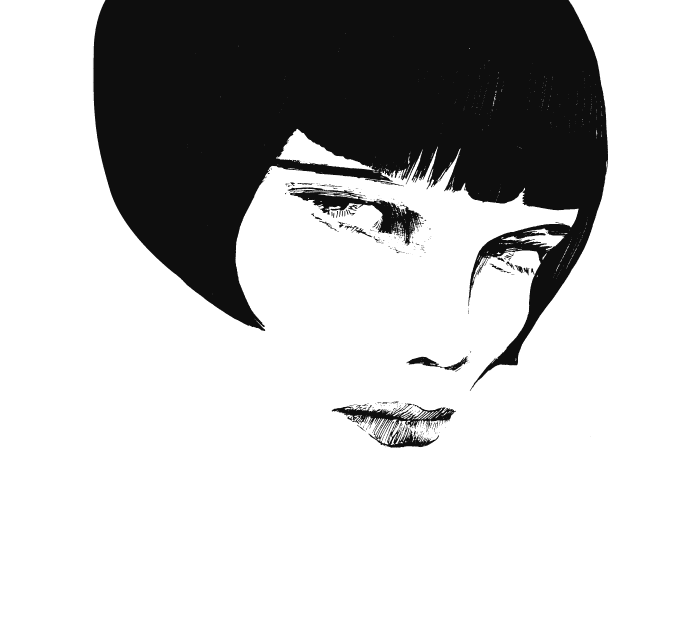 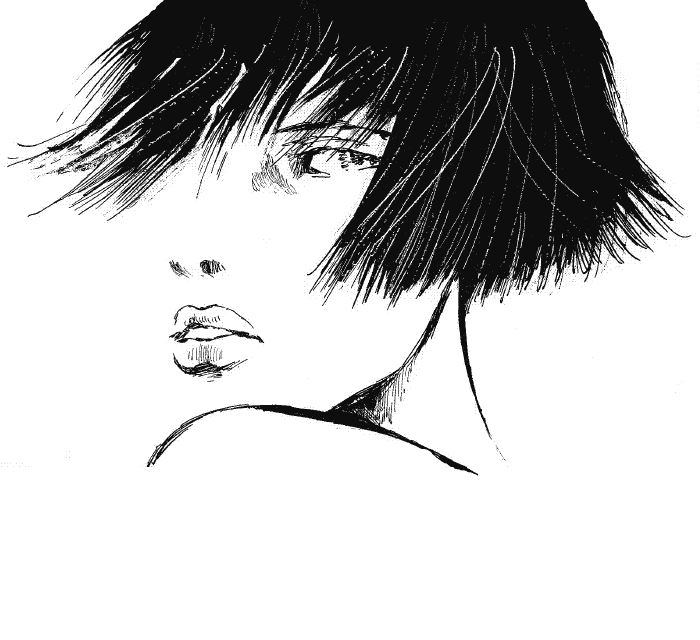 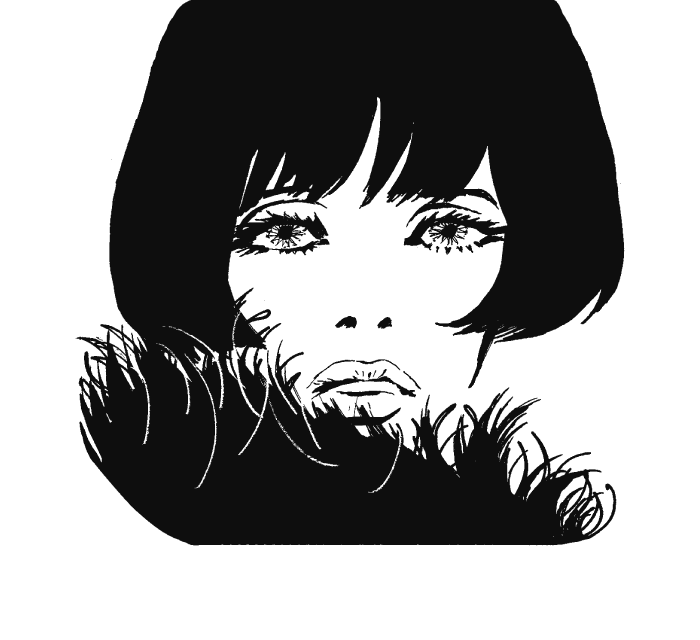 Appearing for the first time in Linus magazine in 1965, Valentina is one of the most famous women in comics in the world. The only female protagonist. She is not only appreciated by men, but also highly valued by women as a symbol of independence, charm, and seduction. For over thirty years, her adventures have accompanied the professional career of her creator, Guido Crepax, as a sort of female alter ego. A symbolic character of the sixties and seventies, Valentina continued to reflect trends and fashions even in the following decades. The complexity of her character, full of different facets and contradictions, is one of the keys to her success, so much so that many women have come to identify with her.

Valentina was based on a legend of the silver screen (the diva of silent cinema Louise Brooks), but soon evolved into a real woman in keeping with her time, modern and avant-garde, so much so that she seems current even today. Crepax has always strived to build a credible world around her. Her date of birth, identity card, romantic relationships, son, job... everything is real, a faithful reproduction of a possible everyday life. Dreams also play an important role in Valentina's world, giving further depth to the character and making her psychology more like that of a real woman.

Today, Valentina has a timeless aesthetic capable of characterizing sophisticated and elegant products. Her complexity and restlessness meant that the character could break away from her origin in comics and be reborn as a contemporary icon. Her contemporary relevance has even made it online, as evidenced by the many Facebook profiles of young people who, even if they have not read her stories, want to make her mood and style their own. 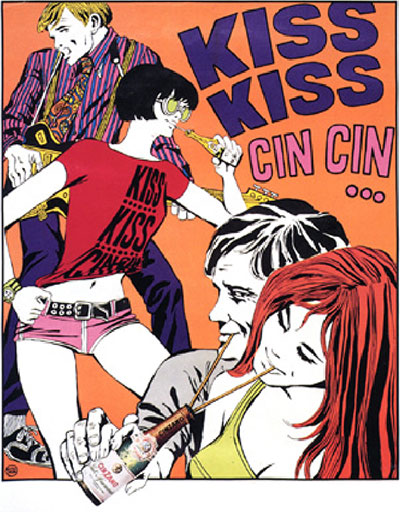 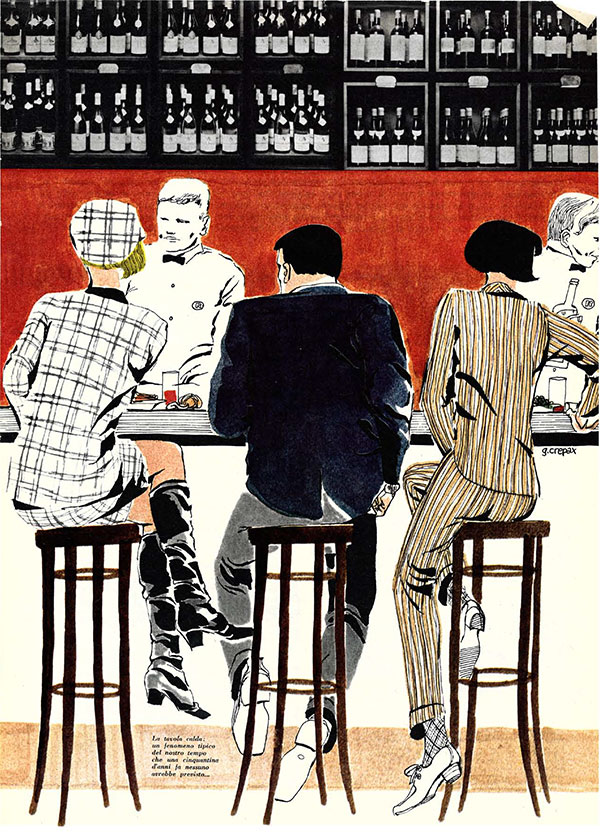 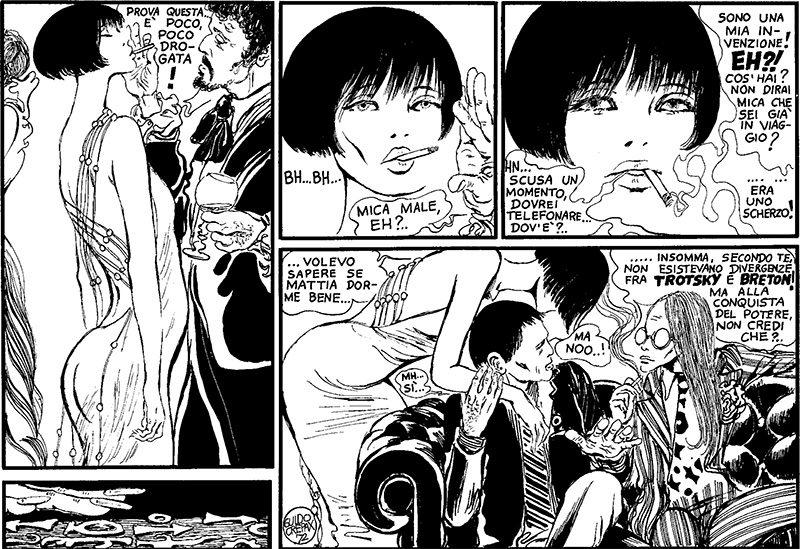 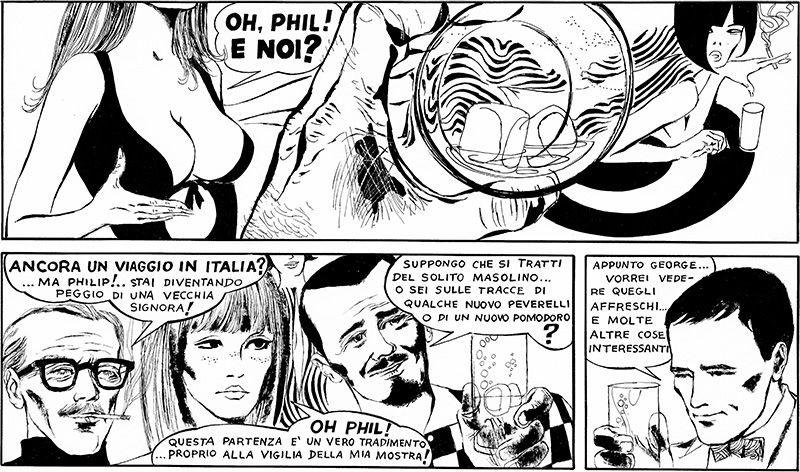 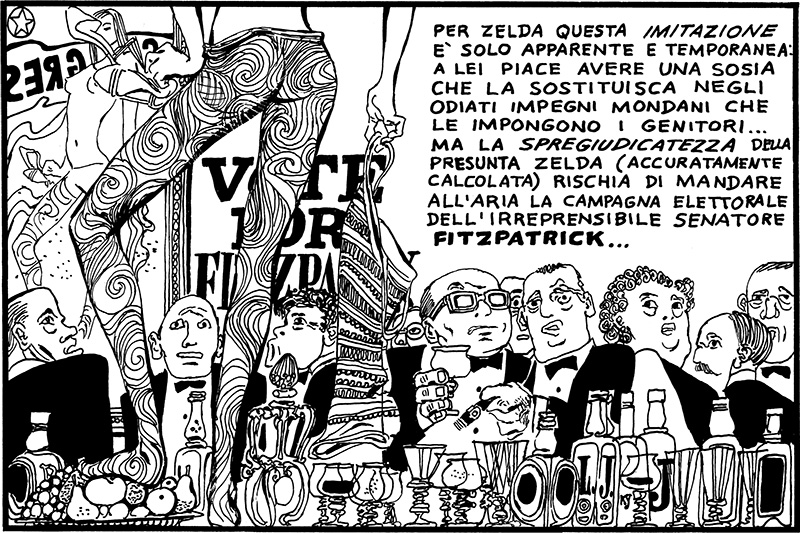 Guido Crepax and the love of transgression.

A quiet man with a passion for transgression. This is fundamentally who Guido Crepax was. It may seem like a contradiction, but it is not. He was, in fact, a shy architect dedicated to comics, an unadventurous homebody. Very attached to his family and extremely faithful to his wife, yet capable of drawing scenes full of eroticism and sensuality. None of this is unusual for an author, even if those who have been fascinated by his visionary world have often been disappointed by the distance between the work and the man. This contrast between the real and imaginary world also emerges with respect to other forms of transgression such as smoking, drinking, eating, and the environments where these rites are celebrated.

Guido Crepax did not smoke and was a teetotaller and a creature of habit when it came to food. He rarely visited restaurants and very few bars or nightclubs. But he was fascinated by these environments and the aesthetics of drinking, smoking, and nightlife. Because they were beautiful to draw and made the stories that developed in these worlds more interesting, so far removed were they from his normal, almost boring life. His characters smoked and drank because a scene can be much more fascinating if enveloped in slow spirals of smoke, watched through a tumbler, or set at a bar counter while a jazz orchestra plays the rhythm that punctuates the action or makes a romantic encounter unforgettable.

Born in Milan in 1933, Guido Crepas, aka Crepax, is considered one of the most important Italian comic writers, the best known internationally in the field of adult comics.

He got started very young, creating his first comic story at age twelve.

Having graduated in architecture, he preferred to devote himself to drawing, first as an album cover designer and then as a graphic designer in advertising, creating campaigns for important Italian and foreign brands. In 1965, thanks to Linus magazine, he returned to comics to create the character for which he became known all over the world: Valentina. His comic versions of some literary classics are meticulous and sophisticated.

Overall, he has created over 5,000 comic strips and over 200 editions of his books have been published in the major languages. In a career spanning 40 years, he has also done hundreds of illustrations for newspapers, books, furnishing accessories, fashion, and design.

He has also worked for the theatre, cinema, and television. Numerous personal exhibitions have been dedicated to him in Italy and abroad. Roland Barthes, Alan Robbe-Grillet, Gillo Dorfles, Umberto Eco, and many others have written about him. His hobby was inventing board games. He passed away on 31 July, 2003.

Established in 2003 by Guido Crepax's family after his death, the Crepax Archive protects and revives the rich heritage of images and contents resulting from the work of Valentina's creator.

By bringing together design, communication, and scenography skills, his children Antonio, Caterina, and Giacomo have collected the cultural heritage of their father. 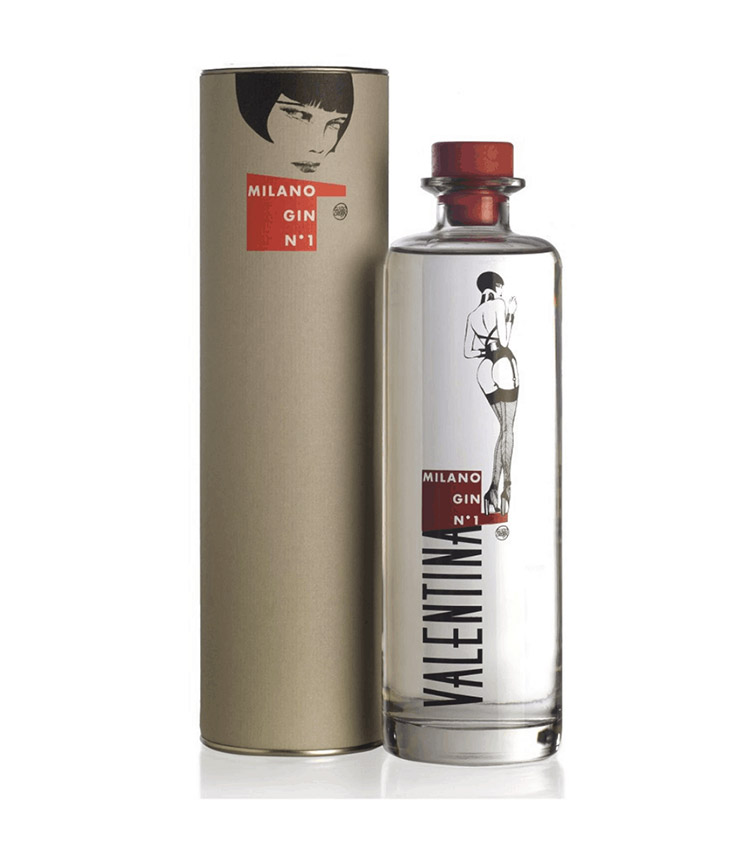 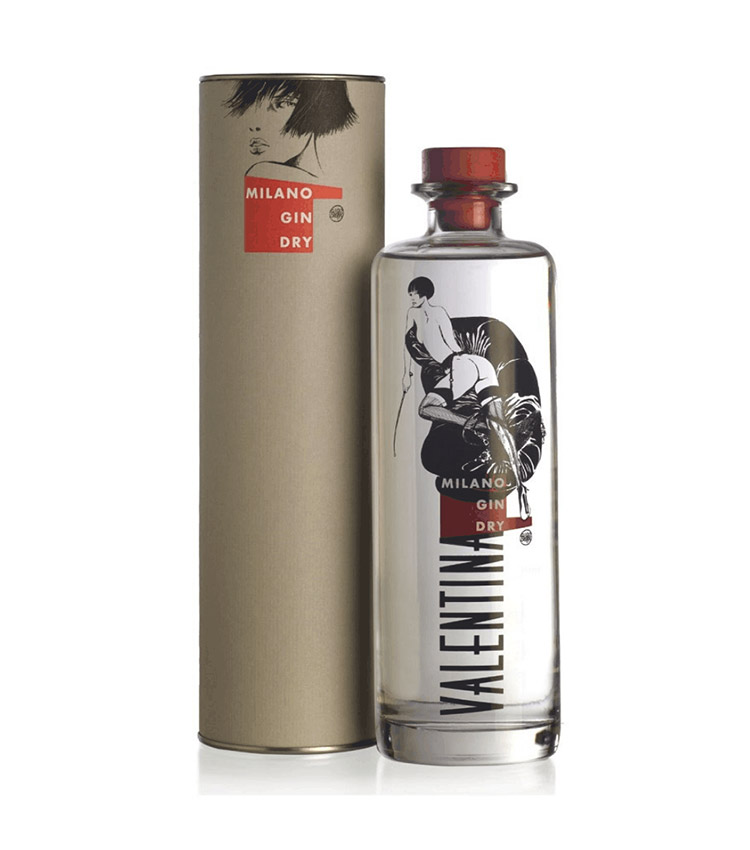 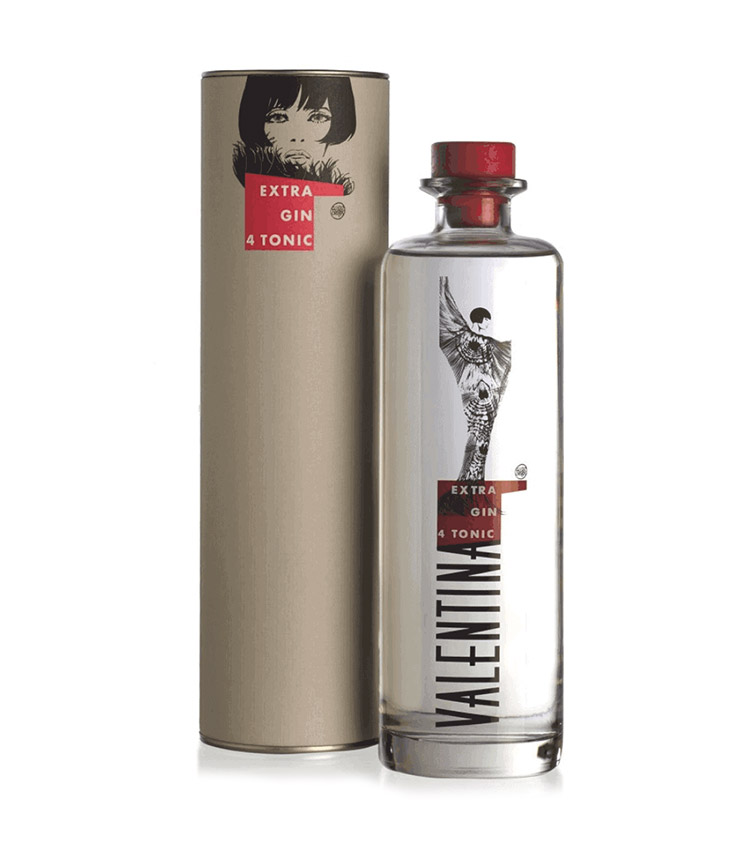 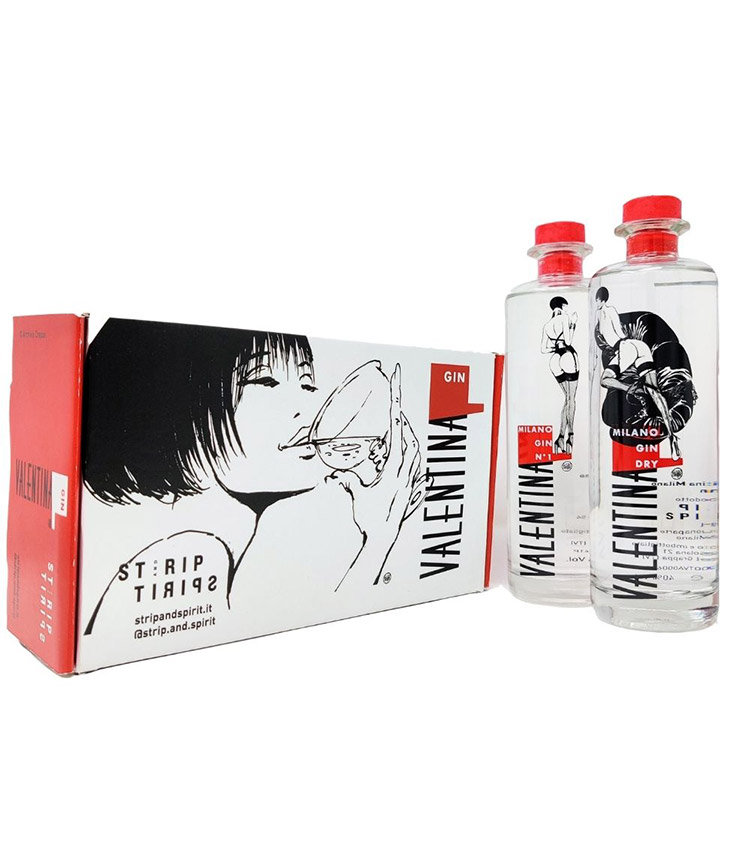